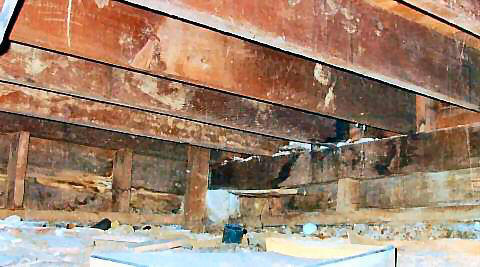 Crawlspaces are host to a large number of conditions that may harm the house or inspectors. Never enter a crawlspace without proper personal protective equipment.

Crawlspaces are notorious for the nasty discoveries made there by inspectors, and it isn’t hard to figure out why; for one thing, their cool, dark environment attracts undesirable pests and can promote dangerous conditions. And since crawlspaces are mostly unmonitored, hazards can breed there unchecked for long periods of time. The following are some of the more common dangers discovered in crawlspaces:

In summary, inspectors should expect to encounter a number of dangerous conditions in crawlspaces, so they should take proper precautions before entering them.